The Pigman Murders, The Interview 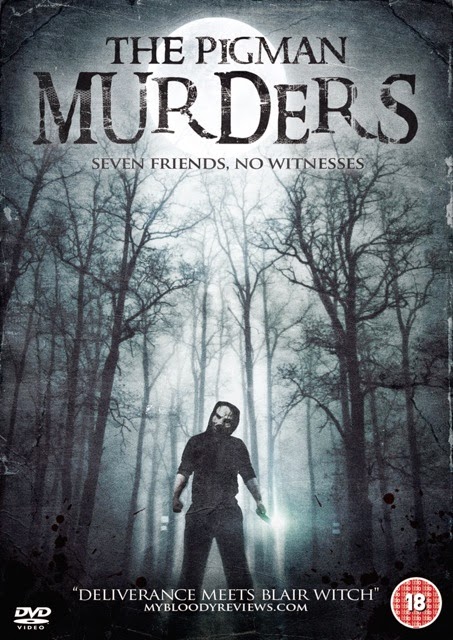 I have been looking forward to getting back to my series of post on the subject of found footage film making. Although some of you guys have suggest that one post that id dedicated to the subject of found footage is one too many. I would respond to that in two ways. First I have gotten more views and more feedback on this subject than any one before it.  Secondly this is a growing genre in the digital film making world. It is here to say. The film makers out there on the front lines are aware of the problems with the genre and are actively correcting them. What most of us are looking for in the end is a great story that is well told and that can be done in any genre, including found footage. I guess it is time for the interview.

It tells the story of 7 friends, Lead by Irish stars Mark Hutchinson (Curse of the Banshee) & Tom Ward (Love/Hate), who head to the beautiful wilderness of Connemara, Co. Galway for a weekend break to celebrate the first year anniversary of a close friend. First night on Diamond Hill Mountain they come across a beaten and bloodied male looking for help as he warns them that two masked men attacked him and took his girlfriend, some of the group head into the wooded area in search as others return to their cars which have disappeared. With no houses for miles and no transport they must walk themselves back but are not alone and now find themselves fighting for their life...........


Q) I can see by your Youtube channel that you have used short films to work your way up to a feature. Would you recommend this path to others or do you believe a feature film is a totally different learning experience?

Yes I did many shorts and I would certainly recommend them as a stepping stone for any film-maker. Jumping into a feature is a huge step so with working on shorts you get to experience all stress it begins and prepares you for your first feature.

Q) Many digital film makers believe that shooting a found footage movie is easier than shooting a standard narrative film. The myth of handing the actors a camera or two, dump them in the woods and a week later you got the Blair Witch Project.  That is not how it happens is it?

A) Making a feature is never easy rather found footage to studio production - same amount of works goes into them from prep to shooting to post production. 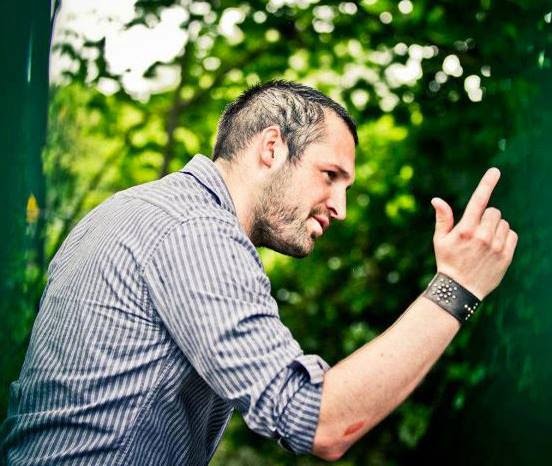 Q) With each film maker that I interview on the subject there is a different answer to the rehearsal question.  Some directors like to spend weeks with their cast rehearsing every scene until it almost becomes something that resembles choreography when the cameras roll. Then other film makers like to be surprised as they shoot. What approach did you take when shooting this film?  Also would you do it that way again?

A) I do love rehearsing with actors of course before any production, but on this one we went for it raw to give the found footage a real feel and I think it worked.

Q) There is the other part of found footage film making. The writing. The nature of a found footage movie seems to demand that the film maker not provide a fleshed out narrative screenplay except if you are doing something like Cloverfield which has to have set points at which special effects are included. Did you write a script of general scenes or a full script with dialogue included?

A) I had some basic script work done for this one but it was more of ideas and the actors were brave enough to improv some tough scenes. I really wanted to keep this real as too many found footage films out there scripted and just does not work for me.

Q) What kind of camera or cameras did you select for this project?

We used a Sony and Nikon DSLR for this one.

Q) Watching the trailer I can see that you did some night time shooting. A tough situation when shooting a standard narrative film, but found footage does not allow you the freedom to light scenes as you would like to. How did you tackle the problem of low light?

A) Yes shooting at nighttime can be a tough one but again we wanted the real feel to this film so we shot it like you see it on the trailer DARKNESS which adds to the intensity I wanted for it.

Q) The oldest saying in film making is Lights Camera Action. They did not mention sound because films back then were silent. Now every film makers has to understand the importance of sound and how poor sound can sink a project. When shooting found footage you are giving the camera and the job of recording sound into the hands of the actors more often than any of us would like. How much thought went into sound before the production began?  Did you have to make adjustments while shooting?

A) Sound is a very important for any feature and we usually use mic and boom but again with this one we wanted the real feel to it so I let the audio come thru the mic on the camera and we did have another mic close to the actors and that was about it! We were delighted with a result and with the added effects from our sound post team.

Q) Some directors have a core cast of actors that they like to return to again and again. Hitchcock did it with his leading actors and actresses. Martin Scorsese and Quentin Tarantino do this as well. While others take the audition approach to picking a cast. How did you go about finding you cast?

A) Yes of course have some actors I love working with and have done so and will do so on future projects but I do love looking thru showreels trying to spot some new talent.

Q) You decided to do a found footage film. How do you feel about the state of this genre and do you believe that it has room to expand?

A) Most found footage films these days are not real and are boring and it really has ruined the name of them, but with The Pigman Murders you very much feel like you are there with the cast and it is very much real. I am not sure will I ever go down this road again but I did very much enjoy it!

Q) What is going to be the next project?
A) My next one is another feature called Captive which is  a chilling story of 12 strangers who are being held against their will as each of them must go along with the rules if they are to get the cure for a killer virus which infects them all.

Q) Any advice for the first time film maker?

A) Just go out and shoot rather you have £50 to £5000 get it finished and never take NO for an answer. The best way to learn film-making is by doing it! You will make many mistakes, get stressed and much more but when you complete the project you will never feel as good!

Again I would like to thank Kenny for agreeing to do this interview. As an added bonus I thought that I would include one of his short films.

I hope you enjoy it.


Okay that will be it for today. The next post will be about a few crowdfunding campaigns that have caught my interest. I hope to get an interview about one of them that was shoot in Japan. If you have enjoyed your time here take a moment to like this site on stumbleupon and leave a cool comment there.

Posted by rodney cannon at 4:20 PM