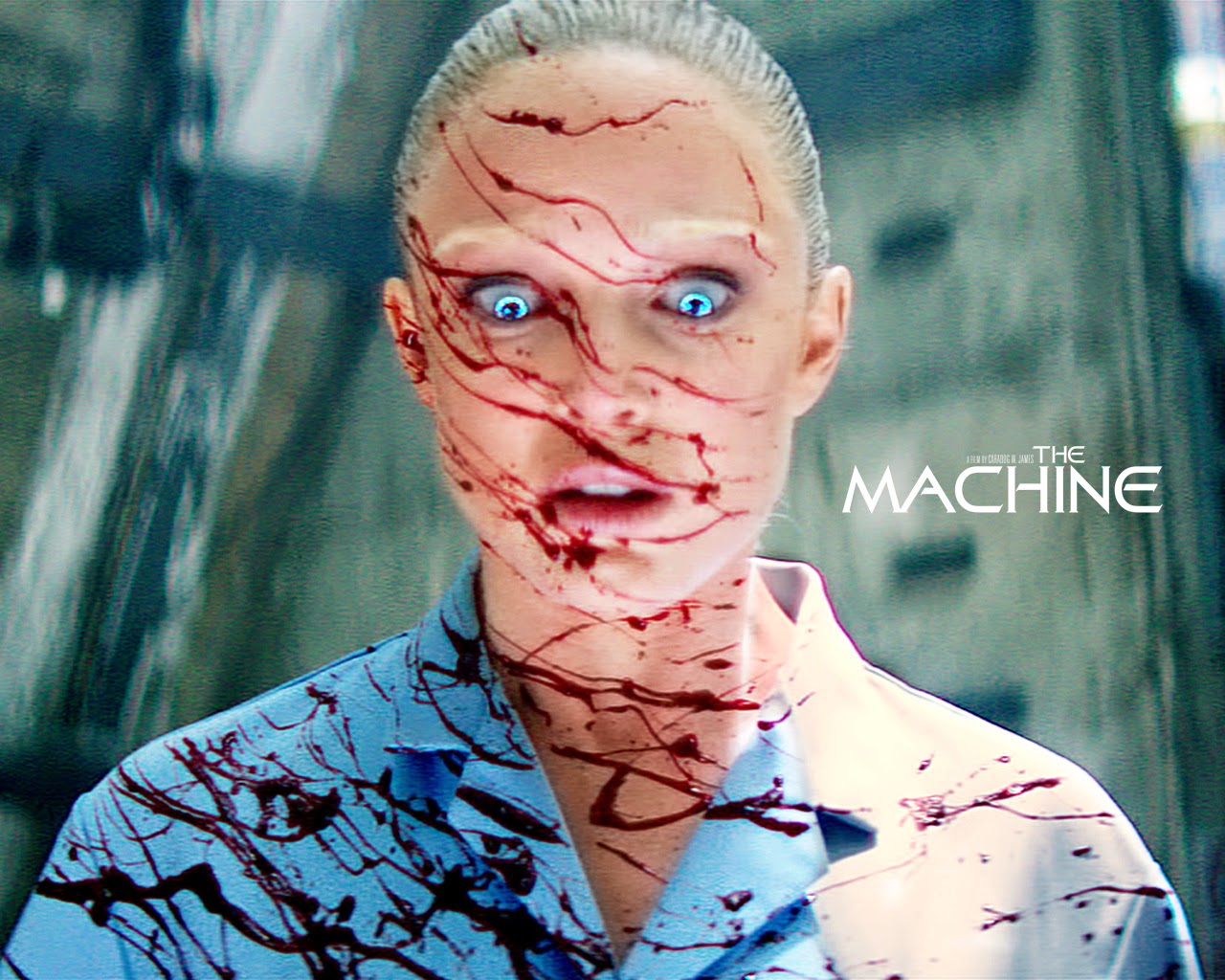 I do not do film reviews here. This is not a review, this post is an observation.

The new film, The Machine is a great example of what low budget sci fi can become. I understand that the film cost around a million and a half dollars to produce. That is a ton of money as compared to the films that I normally discuss on this blog, but in the world of studio films it is a nothing amount. It is less than one day of shooting on the New Captain America film.

Most of us know that if we got our hands on a million dollar budget we could deliver a movie that looked as if it cost forty of fifty million. We know the short cuts and we know to deliver great production value without burning money.
The Machine stands as an example of what scifi use to be. A throw back to the days of
Blade Runner when scifi was more about speculation than blowing stuff up. I have to admit that I had serious doubts about the movie after seeing the trailer. I was thinking that I would be in for another waste of time like the movie Splice. This movie turned out to be what a low budget scifi film can be when you combine a really good script with a director who has a great eye for the visual. I believe that this film will someday be regarded as a minor classic.


This post is my way of praising the film and requesting of the Director or the Producer a chance to do a comprehensive interview on the making of this movie. Until then here is an interview that was done with the director of the film.


For those of you who decide to check out the movie, it is on VOD and will play in a few select theaters around the US, I would suggest that you put your film maker’s hat on and take note of how the director captures images that would easily stand alone as still shots.  I also suggest that you observe how the film is paced. It does something that is very clever with the flow of the scenes. Character A to character B and then combine for A and B and then became to the beginning again. As a writer I love that rhythm. Also it does the most important thing that you have to do when shooting a low budget film. It stays on topic. Once you are introduced to the Machine, the very attractive machine played by Caity Lotz (also plays the creator Ava), every minute of the film is there to remind you of her. This post has been strictly my opinion and I welcome feedback from any of you.

You can expect the next found footage film making post within the week. Please take a moment to add me to your google plus and to share this post with a friend. Posted by rodney cannon at 7:17 PM