Okay we are going to pick up where we left off. Please keep in mind that they have about five days left in their Indiegogo Campaign. So when you are done reading take a moment to visit their Indiegogo page. http://igg.me/at/TheStrayTheMovie/x/1065093

It is emotive and draws people in. It instantly invests people in your project or, if it's bad, it will send them running. Give it due diligence. My music is part of what is being composed for the film but it is also customized and unique to each trailer. Killing two birds with one stone again. You can find artists who want to work with you if they believe in your project. A stepping stone for them and again, it all relies on a good story. But pay them something anyhow. It will go a long way. Also, work out a deal for them to produce a soundtrack from the film to market with all proceeds (after costs) for the sale of the soundtrack going to the musicians and artists that create music/songs for the film. This invests them in your project and you will get great results.

You will never get distribution for any finished product if you don't dot your I's and cross your t's when getting signed releases for every person involved, every performance, every song. Don't create a legal nightmare that will exclude you ever getting distribution.Prepare.

You will LOVE the results of good preparation and the problems you avoid will make your production more enjoyable for everyone. When artists are enjoying themselves and having fun with what they are doing, they perform better. So will you. You will have fun and look professional because you will be professional. You are what you do.

I guess I shouldn't assume indie film-makers already know this, but,? when you don't have enough money, it inspires ingenuity. At least it should. And if you have the time, putting in time is like putting in gold. YouTube is full of DIY movie-making gadgets. I built an 8 foot long camera slider using an 8ft. Section of an extension aluminum ladder (very lightweight) that I bought off Craig's List for $30. Another $85 to get some great skateboardr-blade wheels, angle iron and mount it all to a wooden platform with the wheels riding the rails of the ladder section. Whatever length of ladder section you have, that's how long a slider you now have. They are standard widths.

We used a drone to get the aerial shots. They are not cheap, yet, but they are getting better and less costly every day just as the cameras they can carry are. Amazon has a drone that can carry a GoPro for under $800 right now. With a few modifications for another $5-600 you can add real time wi-fi monitoring and see what you are shooting as you shoot it. You can learn how on YouTube, here's one but there are more: http://youtu.be/UKMQhWZtNRg

Or, you can rent a rig and crew to operate it. This can easily cost $1800 for the shot but it gives you a great production value that you can parlay into more money. Consider that.

I built an impromptu camera crane out of a boom pole for lights with my DSLR simply taped to the end of the pole. Where there is a will, there is a Way.

Over the weekend we did just shoot a scene at a local Barber Shop called Barbercide. I was DP, Director, Set Design, another actor/producer (who wasn't in this scene) held the mic boom and so, he was sound department, One of the actresses did make-up and wardrobe and the whole thing, including 5 extras and the barber and the location, cost us $120. to shoot. Why, because I wasn't afraid to ask.

Don't be afraid to ask. HD shows everything so make-up, especially FX make-up is more important than ever. I am not telling people to cut corners here but, if you have more time than money you CAN make very authentic looking FX yourself. Torn bits of toilet paper and white glue make wonderful torn and peeling skin FX. You can mold and peel and color with food coloring, acrylic paint or make-up, very effective and cost-efficient. Just remember to take photos so you can re-create with some continuity for subsequent shots. Cory syrup with red and just a drop or two of blue makes great looking blood; you don't have to be bled dry to make a great film.

***
Was a horror movie a choice or was it just the first script that worked for you?

-Horror was my choice. I like it. I've have another script ready to produce after we finish "The Stray" I like it when a movie excites and scares me.-

Will you specialize in one genre of film making?

-I don't think I will specialize in any genre. I need to constantly try new things and challenge myself or I lose interest.- Your posters have a release date listed. What type of release are you considering, many low budget film maker are bypassing theatrical release and going straight to video on demand?

-That release Date of "Halloween" is a best-case scenario that it doesn't look like we will be able to make. I'm not ruling it out, in fact, nothing concrete is making it impossible at the moment. It's a money thing. I can shoot in a full weekly schedule if I have enough money to pay people appropriately. If not, if I can only give them a bare minimum, then I feel compelled to work around their schedules so they don't have to take off a day of work that might earn the $300 to work on my set and make $100.

I can't be that guy. In that case, it's going to take until spring to finish shooting and we will have an early summer release. I don't want to compromise the story or the production to meed a deadline that I made up myself. It is flexible. Remember, the story is what counts.

I will work hard for the best distribution deal I can get. And frankly, I have no idea what that will be. I am keeping the necessary paperwork in order so I won't "shoot myself in the foot" with regard to the deals I could make but still, there are so many options, at this point, I just can't say.

When ready, I will rent a theater and have a private release for invited guests only; the cast and crew and their families and friends. Of course, distributors will be at these viewings and this will run as long as it needs to this way. I am fortunate to be in Hollywood and there are a lot of vital concerns right here in town that can come and view the finished product. This will actually cost less than trying to get it in every festival possible. Festivals today are not what they used to be and it is very expensive to enter and attend and meet the people there that will move your project into distribution. I will choose very carefully the festivals we enter.

And yes, there are many alternatives today, Red Box, iTunes, even the ScyFi Channel, overseas markets, there are more "places to go" for the indie film maker than ever before. First things first though, I need to get back to work and finish this project they way it deserves to be finished, with my full attention and effort.- Thank you Tom for giving me the opportunity to ask you a few question. Good luck with your project and all of us look forward to seeing the finished product.


Okay guys remember to share this post. The more that a project is shared the greater chance that it has of being successful. By going on Facebook or Twitter with a crowdfunding campaign you help the film maker to reach your friends and their friends and so on down the line. Just a little time and effort can pay off for another film maker. The immediate future of low to micro budget film making is going to be tied to crowdfunding. It will always be easy for the big names and failed tv shows to go out and raise money for a vanity project, but for the new and the original it continues to be a difficult process. We want to see something special, something new and unique, but we want someone else to get involved in getting it done.

If any of you have a project that you believe would make for an interesting interview and or need to be highlighted then contact me by leaving a comment or through google plus and I promise to get back to you. 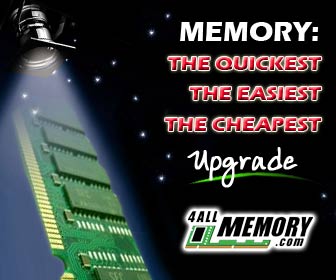 Posted by rodney cannon at 6:57 PM