GROWING AS A FILM MAKER, James Wan
A few weeks about I found myself at a screening for the film Conjuring 2. I did not want to be there because I did not love the first one and the sequel rule (sequels usual suck) was ringing in my head, but I went because it was free tickets. Well it turned out that I loved the sequel. It was a much better film that the first and I chalk this up to the fact that the filmmaker had improved since the first film.

I give the filmmaker most of the credit because I thought that the first script was better than that of the sequel, but not nearly as well shot. Filmmakers like athletes should get better with practice. They should learn and grow. This thought made me consider doing this post. Let’s begin with Saw. He directed the short film version as a pitch for the feature. Something that many micro budget filmmakers have done.

Next came Insidious, a very effective horror film. I did not like the last act, but still a good film.


I think that horror is like composing music. Hitchcock described suspense that way. He would imagine himself as a conductor and the audience his orchestra. There is a rhythm that a good horror movie must have. When it is there you do not notice it and when it is missing you find a thousand things wrong with it. For me the Conjuring has a great many good scenes, but lacks rhythm. While the sequel has nearly perfect rhythm.

Thank you for visiting my blog. Please share this post and if the Conjuring 2 interested you as much as it did me take a few moments to check out my new ebook on the story behind the script, the Enfield Poltergeist. You can find it at itunes and Kobo and B&N, click image below. Good luck with your filmmaking. 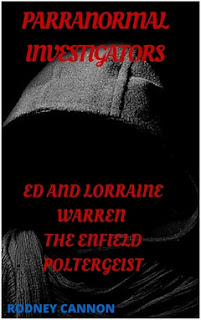 Posted by rodney cannon at 4:04 PM